And every time I see it, it has irked me.  I just couldn’t put my finger on it. 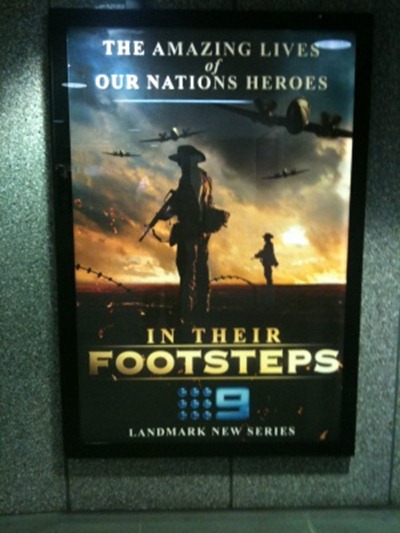 The clothing (Auscam and webbing) suggests post 1986ish digger.  You wouldn’t wear a dress slouch hat either (one which is folded up at the side).

And the barb wire isn’t.  It looks like Tiger wire.

But it was none of those details which had me wondering.  So I had a closed look, and found this:

A bloody M16 rifle.  Two things wrong will that.

The M16, I think, was phased out of frontline service in the early 1990’s.  In favour of the Austeyr.

It’s missing the M203 Grenade launcher, which most M16s I ever saw, had it fitted.

So my question is:
What conflict is Channel 9 trying to portray here?

Vietnam?  The clothing is wrong.  And if the two diggers aren’t forward scouts, they’re probably got the wrong rifle at that.  The L1A1 SLR (FN FAL) would have been the better choice.